Hiroomi Ito (Tokyo, 1970), is a Japanese artist based in Barcelona.  Due to his compositions, technique and characteristics, when observing Hiroomi Ito’s work, the first impression is of being in front of a Nihonga creation (日本画) or a Japanese classical painting. However, a more in-depth study of the pictorial discourse, together with the artist’s life trajectory on Catalan soil, shows us that there really is a latent identity debate, with much analysis of his country of origin. Anomie: I Want To Have A Close Relationship With You, But I Am Lonely 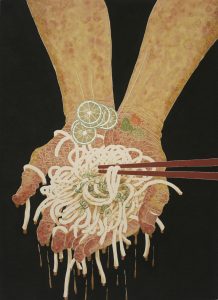 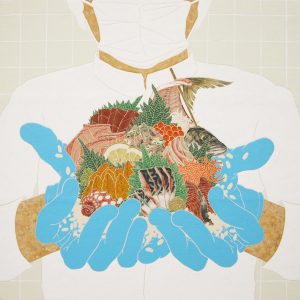 No Puedo Creerle A Nadie 1 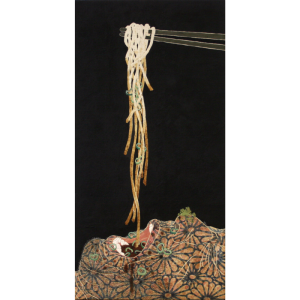 Not Enough Information To Trust Myself 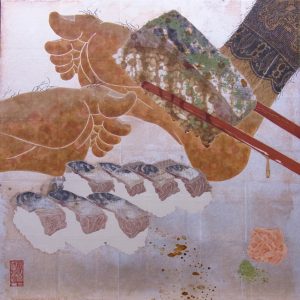 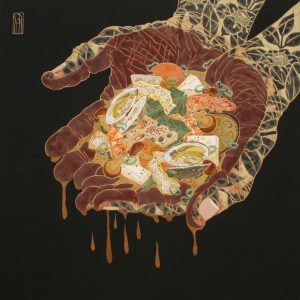 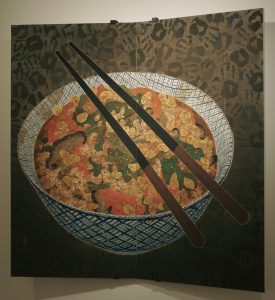 Trust Relationship: What Is Inherited Unconsciously 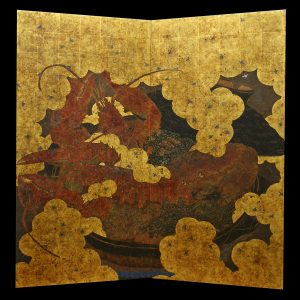 Still I Do Not Change 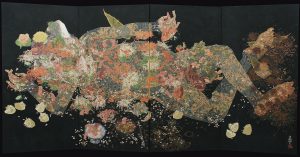 Anomie: Whether I Believe In God, I Can Not Be Determined 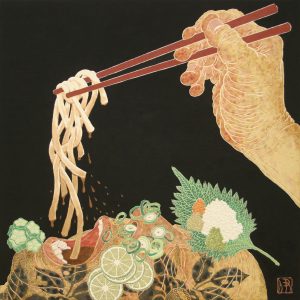 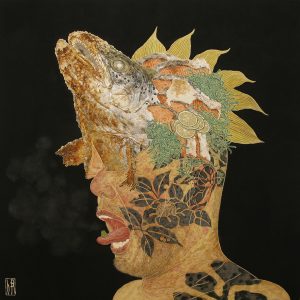 I Can Not Stop Being Human 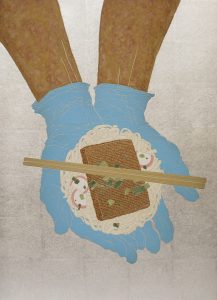 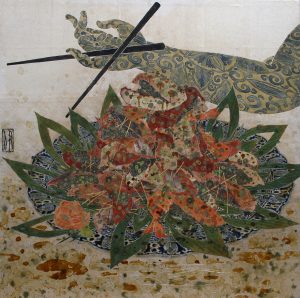 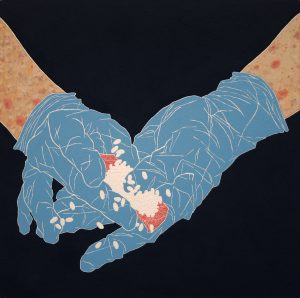 No Puedo Creerle A Nadie 2 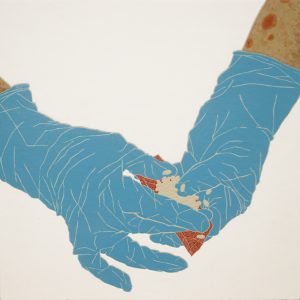 No Puedo Creerle A Nadie 3 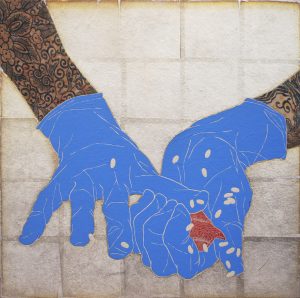 No Puedo Creerle A Nadie 4

On a technical and compositional level with Hiroomi Ito’s work, it is worth noting (except for water and glass frames) 100% of the materials used are imported from Japan, with the use of unusual elements in the production of his pieces, such as wheat starch or Japanese tea, being particularly relevant. Using these components is not merely part of the technique or aesthetic, since they also intrinsically carry deep symbolic meaning, which becomes clear upon careful exploration of the artist’s pieces.

Finally, using the Japanese culinary sphere as the main thematic axis, the artist proposes a reflection on current Japanese values based on one of the symbols that Japan uses to present itself to the West, its food. Using typical Japanese dishes, the artist aims to expose the problems surrounding the cultural heritage of modernity, among other issues, the depersonalisation of the individual mediated by the Durkheim concept of anomie, religion and Japanese social fetishisms.