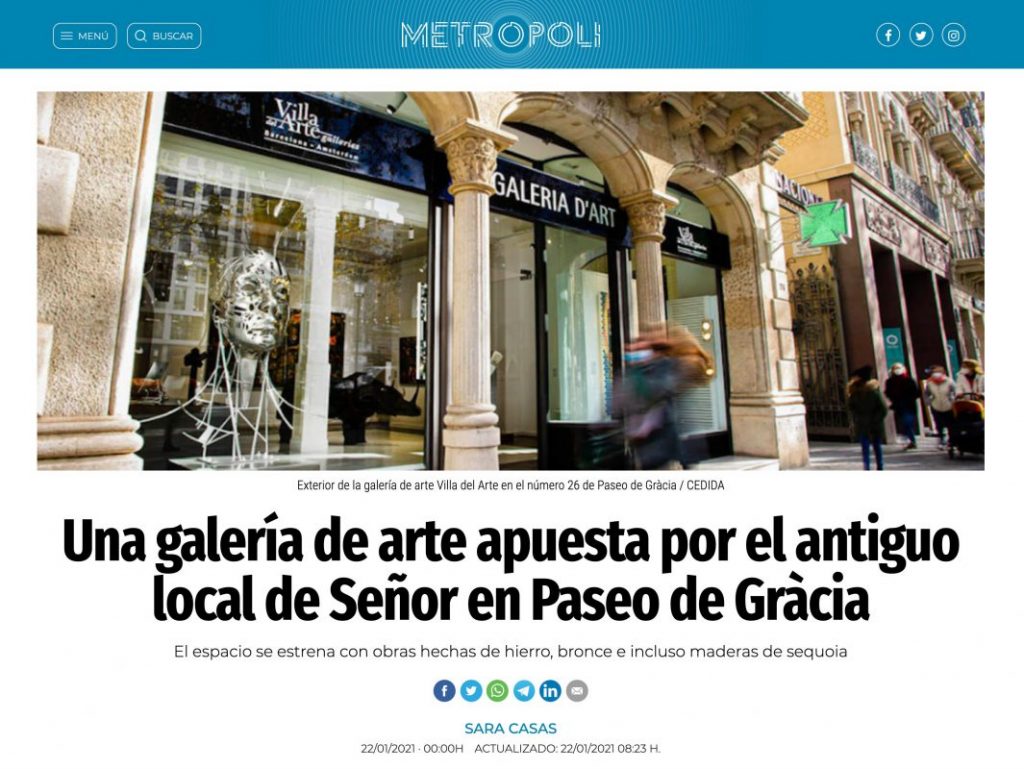 An iron rhinoceros, a gorilla made with yoga balls and a sequoia root are three elements that have been found in Paseo de Gràcia for several weeks. After the closure of the Señor tailor shop at number 26 on the city’s golden mile, a couple decided to step on the gas in Barcelona and open their third art gallery in the Catalan capital.

The well-known Señor del Passeig de Gràcia tailor shop did not reopen after confinement. Now, the central location has come back to life by transforming itself into a pop-up gallery of the Villa del Arte group. 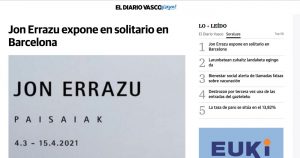 Under the title of ‘Paisaiak’, the Barcelona gallery Villa del Arte Galleries presents the works of the last years of Jon Errazu, which can be seen from March 4 to April 15 at its headquarters in Barcelona. 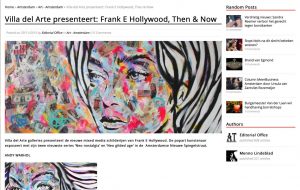