Through the works of José Benítez we immerse ourselves in his inner universe, a place where chaos reigns; sublime scenarios with monsters and anthropomorphic beings as the absolute protagonists. His is a meticulous work, an organic and scientific painting that, even with the disorder and agitation, denotes a sound dexterity. His dark palette, deliberately reduced in order to avoid chromatic distractions, edges the viewer to pay full attention to the composition. Benítez’s admiration for the great masters of painting shines through. Without going any further, his baroque theatricality draws from great references such as Velázquez and Goya. Furthermore, his extraordinary treatment of light and shadows reminds us of Flemish painting, especially that of Brueghel. Thus, Benítez conveys to us his utopian imagination, captured in a totally personal language, which is nourished and evolves as a consequence of the revision of his pictorial conception.“I think that having my own language has occasionally slowed down my career, but it is something I can’t give up. Being authentic is what has made my work recognised and appreciated.”José Benítez has exhibited his work in collective and solo shows, nationally and internationally since 1987 to much acclaim. 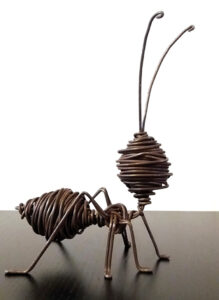